Well they need to be seen, the IWTs. (Email me if you want to find out what the acronym means.) I had already visited David Shrigley's suppliers in Essex, 'U'K. Today's in Brussels were also impressive, and the time given me to look at and experiment with them was appreciated. I have two or three concerns, a minor one about transporting these beauties, another about the costs, and so it will be important to do some more thinking, working out and discussing with critical friends. 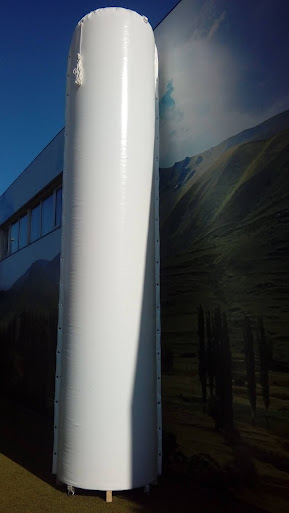 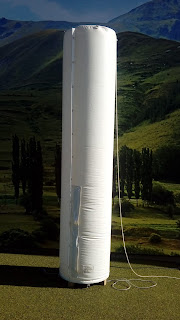 Whilst on the return trip, for obvious reasons but ones I will not go into here, I was pondering on the subject of 'trade-offs'. So many problems are presented in this way. Environmental imperatives inevitably mean that people must make individual sacrifices. The bailing-out and money granted during the year or more of pandemic will have to be paid back: there will be negative consequences, and for everyone. Such arguments miss important points though. The idea that money is a tangible thing for example, that is one underlying presumption. The facts that the rich and powerful have not the slightest intention of paying for the Covid-19 crisis themselves, and that government parties representing them will be voicing nothing of the sort, are overlooked. For some reason the majority should pay: jobs will be lost, 'stagflation' is on the cards and austerity is being mooted again. Climate catastrophe is presented as connected with individual morality and to do with widespread human selfishness. The systemic nature of the climate emergency and the impossible relationship between business motives and environmentalism are conveniently ignored.

When teaching the ABCs of photography to people it makes sense to point out the various trade-offs in operation there. In order to expose an image adequately, the shutter may be held open for longer, or aperture increased, but the former can result in motion blur, and the latter will reduce depth-of-field. Increasing ISO results in poorer image quality at the granular level.  In the extreme there my be no way to deal with unforgiving lighting situations. On the other hand photography (and sight) also demonstrates an opposite, seemingly miraculous, phenomenon. Photography works on the principle that if a small hole is permitted to penetrate one wall in an otherwise blacked-out 'room' (the Latin for which is camera) and it is bright enough outside, then a highly detailed, inverted, image will appear on the wall opposite that aperture. Camera Obscura and pinhole cameras never cease to enchant - please experience one if you have not before - and it is all the more impressive when you think about the logic involved. The effect is counterintuitive, a real example of getting more from less. Human vision and photography are based on this, taken for granted, conundrum. Restricted aperture may reduce the absolute quantity of light coming through but it results in more information being provided about the world outside. 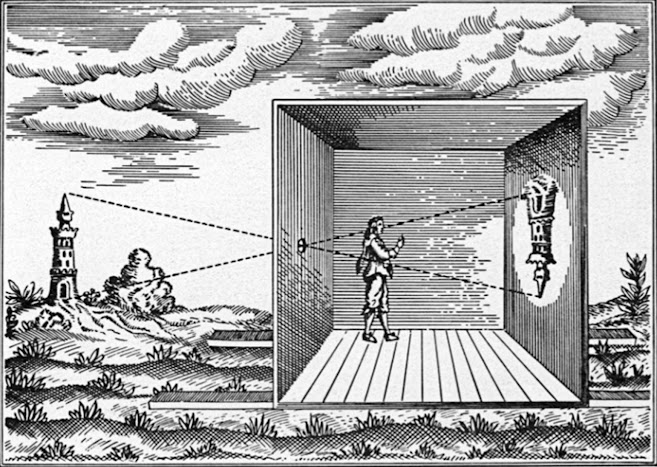 So not everything is about miserable trade-offs, and perhaps there is a need to escape the accountant-mindset more often. Energy is not hard to generate as it happens and even the language here is problematic. In fact energy is not generated at all but, as the first law of thermodynamics asserts, is merely converted from one form to another (except in the case of nuclear reactions, our sun's modus operandi {and there are in fact prospects for a safe functioning fusion reactor} but these are subjects for another day: let's not digress). 'We' could be more imaginative. There is such a thing as a free lunch. Burning fossil fuels is just one mechanism but surely, also, it is possible to think beyond the currently limited range of, undoubtedly still too crude and unproven, green energy solutions. Certainly we should not, in my opinion, complacently treat the issue as one of personal ethics either: that habit is probably due to a combination of lingering old religious attitudes and an highly transactional ideology.
at 12:19 AM No comments: