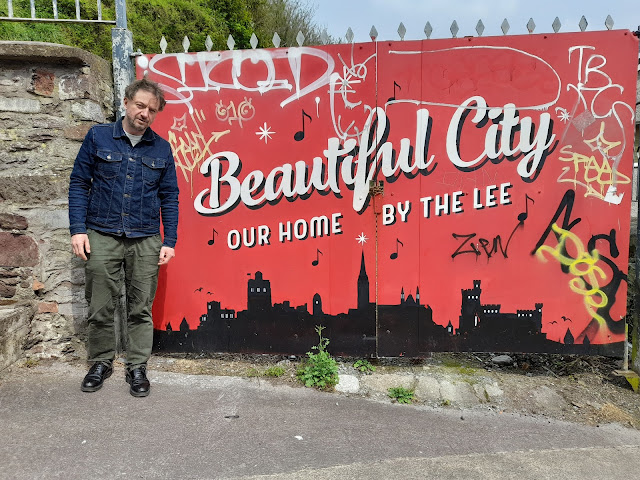 Photo John Halpin
Well, formally the third of the four residencies, offered at Uillinn to complete commissions, includes today. I actually left Skibbereen, in the usual style (i.e. somewhat abruptly) yesterday, for the smoke.
Part of the impressively Ali O'Shea-curated, 'Table Games' exhibition of streamed video, experienced with John Halpin yesterday, at the St. Lukes Crypt, brought back a kind-of-disgusting boyhood memory. My friends and I, in Shamrock Lawn were keen on the idea of chewing gum but were not really allowed to have it, due to our being maybe 8, 9, 10 years old. Sometimes we'd detach old discarded (spat-out) gum, found stuck on the footpath, and then take turns at chewing it. I recall the feeling, and the texture, of almost tasteless gum mixed with grit. At first the lump would be cold and hard but then it would soften up in the mouth. Probably, the activity did wonders for our immune systems. What doesn't kill you...
Hung around with a gang of engineers in Cork last night and, amongst other things, discussed under-road-pipes with one who is a sewerage-system specialist. She is doing a bit of research which I am thankful for. Another, an engineer-turned-artist, I have consulted about same, is the phenomenal Amanda Loomes, president of The London Group. So it is all happening these days. You get farmer-artists like Miriam O'Connor too, and perhaps the one-dimensional pictures often given of notable names historically, were never really adequate. Van Gogh would be a blogger if around today undoubtedly, and Duchamp became a chess-master. Similarly, it seems too simplistic to characterise Sophie Calle as a photographer, but that is often done.
I bumped into the brilliant RoadBooks duo, Peter Morgan and Judy Kravis, in the Coal Quay this morning, and had an amusing conversation about their recent artistic venture: 'chance encounters: talking in the park'. The initiative was conducted at Tramore Valley Park in Cork City, which covers an old dump and landfill site. Bizarrely, in order to be accepted by the overall 'Kinship Project' organisers, Peter and Judy were told that they would need to be insured, even though their proposal was only to chat with people in the park. Unsurprisingly the requirement, which cost them €150, became a common subject of the exchanges. The comments listed here, https://www.roadbooks.ie/projects, include:
— We’ve gone very rule-minded.
— Everything’s an algorithm.
— I believe in climate change but Greta Thunberg is going a bit far.
— The past is a jigsaw. All we have is a handful of pieces.
Anyway, thanks to all those at the West Cork Arts Centre and connected with it, who passed through the studio or provided wisdom, in recent weeks, including, Ann, Aoife, Ayelet, Carolin, Claire, Gavin, Grainne, Gráinne, Jackie, Jamie, Joanne, Justine, Kate, Louise, Michael, Michelle, Nikolas, Piotr, Sarah, Sean, Stephen, Sylwia, and Tomasz.
at 3:19 PM No comments: 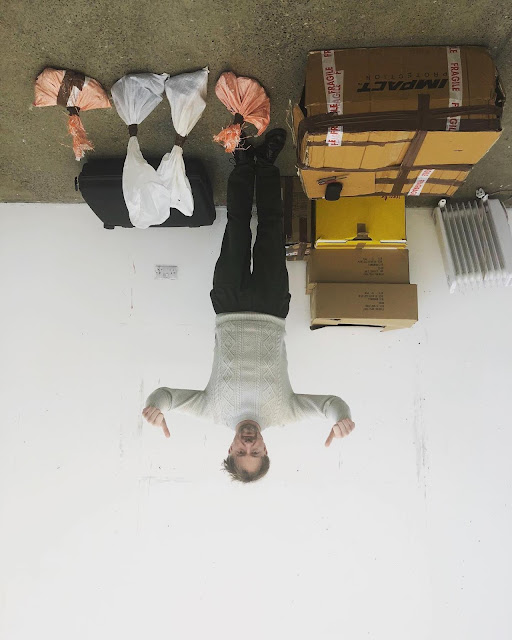 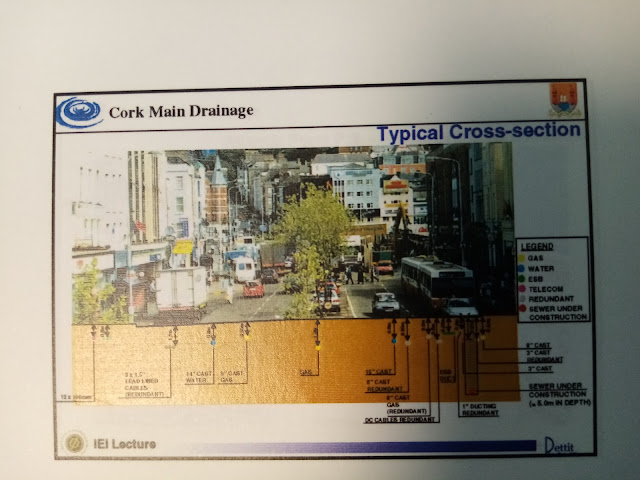 Busy, busy day. Met Aoife Raune of Highlanes Gallery and discussed Sky Diving amongst other things. I'll be visiting Drogheda on 8th July. Later had a tour of Glenkeen Gardens and got to witness the latest exciting works of Carolin Liebl and Nikolas Schmid-Pfähler who make robots, and seemed connected with the ways of Paul Granjon, Simon Penny and the likes. It turned out they knew the former, Granjon, well. The two, Liebl and Pfähler, are on one of these residencies: https://crespo-foundation.de/bereich-kunst/artnature-natureart. Now I need to clear out this studio and tidy up. Might do that in the morning. 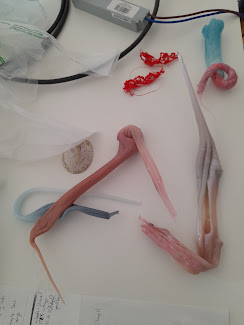 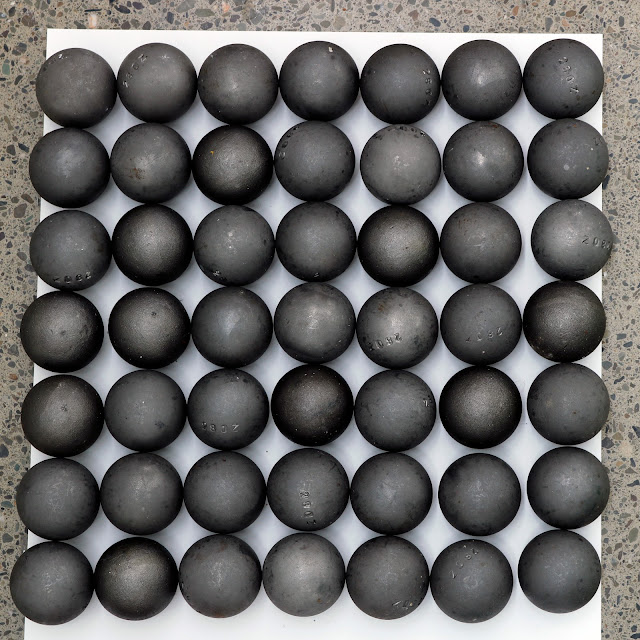 Just been listing works produced for these commissions, and thinking about where to put them: 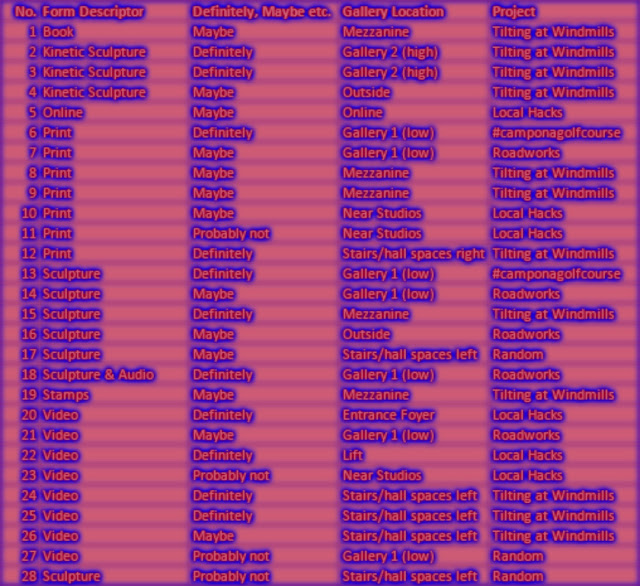 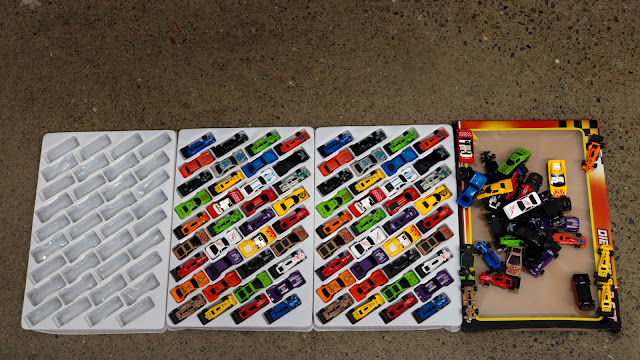 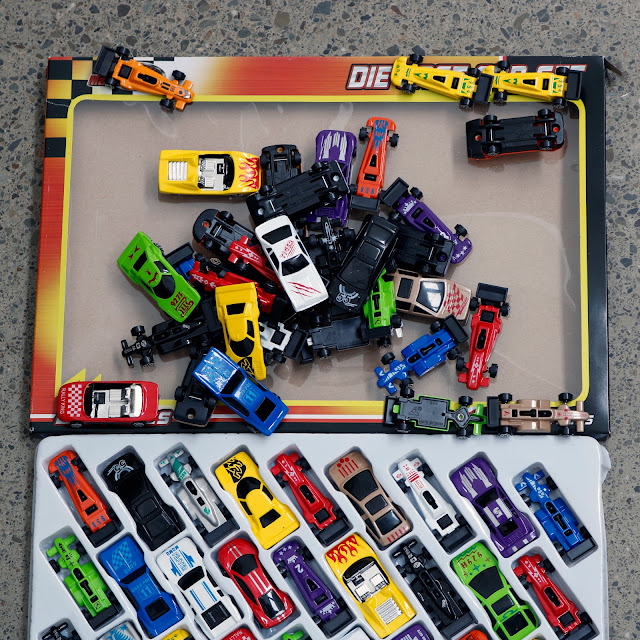 Residency 3, Day 11: 'Duchampian deflation stands not simply as a negation of the status of painting, but as an actual extension of the artist’s skills and competences.' - John Roberts 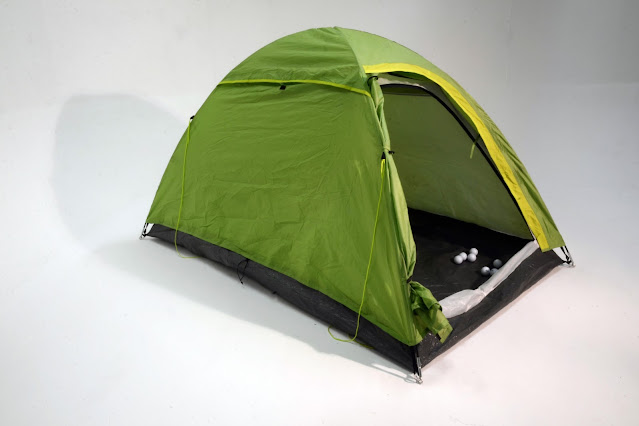 From Mike Stoakes about the work pictured here:

'... firstly I enjoyed it as a political image of land, ownership and shelter - the occupation of space in its socioeconomic aspect.. the photos are most eloquent about this being at the same time aesthetically pleasing as modulations of green (across image and text). if that seems to me to be the essential framework directly represented and embodied by images and objects as the work might be realised in an artworld context it's interesting to think how images in that arena are often connected in order to be valorised by their insertion into an artworld historical narrative which in some ways is impossible to escape from. in this case you could think of robert morris' comment that canvas should be left to awning and tent makers as well as tracy emin's tent. a tent full of balls reminds me of jasper johns' painting with two balls. however another aspect is the affective one of thinking of the sensation of lying on golf balls which brings to mind things like man ray's cadeau - an iron with nails - or meret oppenheim's furry teacup - even though your work is about dispossession of the space of shelter.' 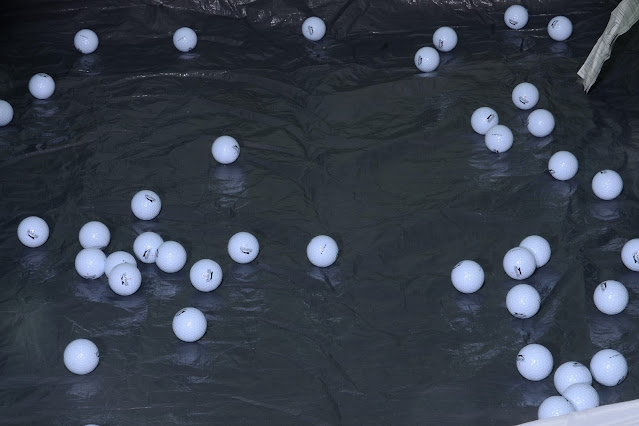 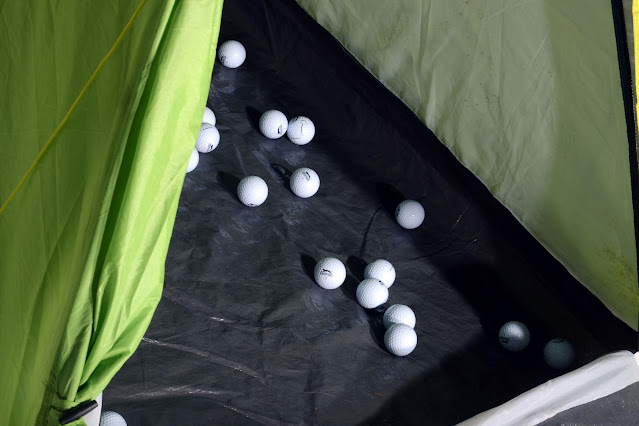 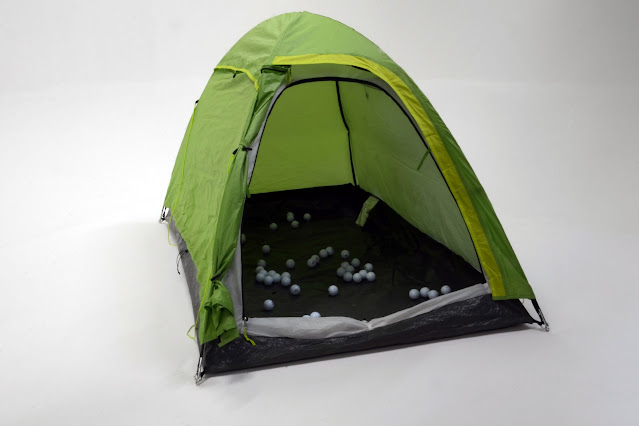 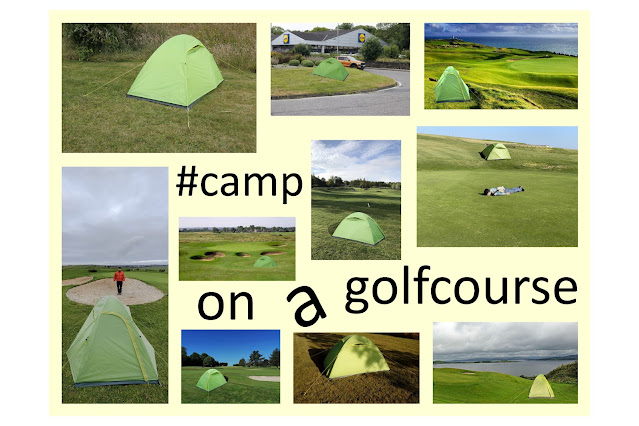 Some matters I want to give attention to are: 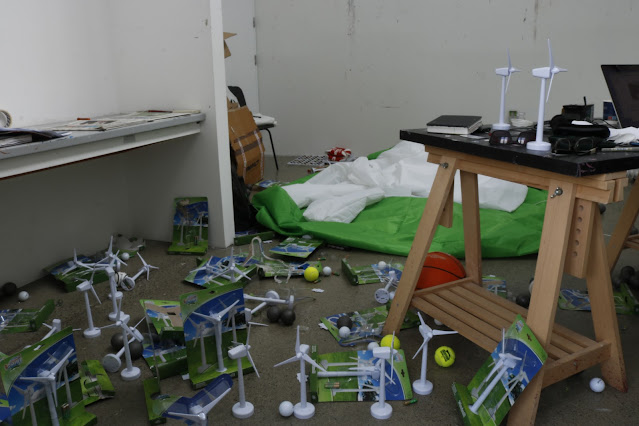 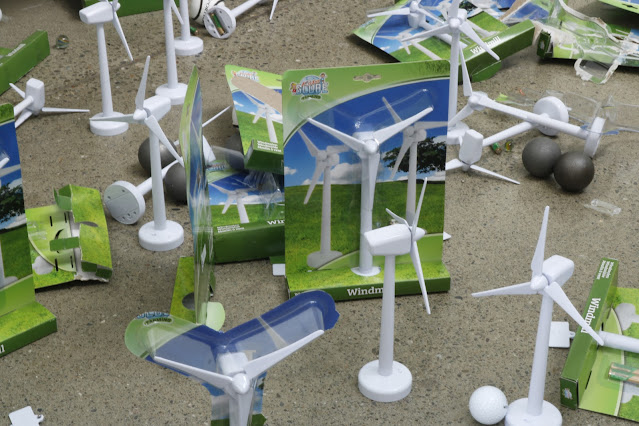 Residency 3, Day 10: 'Be not afraid of growing slowly, be afraid only of standing still.' - Chinese proverb

Whether or not to buy this, that is the question: https://www.amazon.com/dp/B091PNBDQG 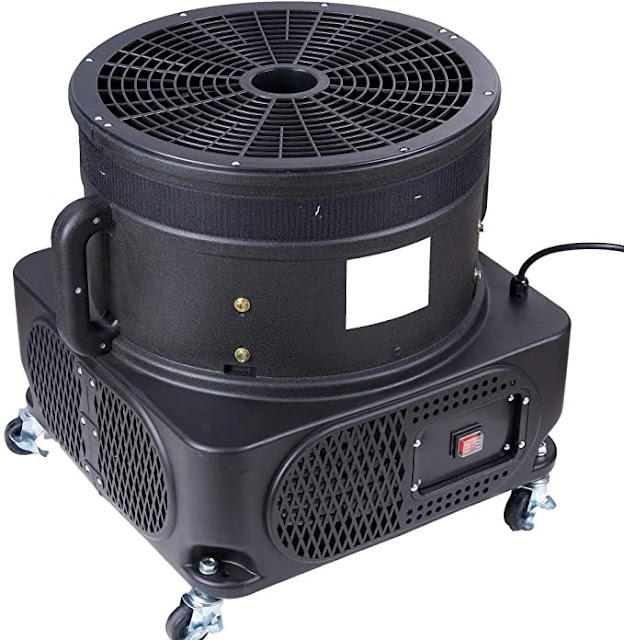 The privileging of so called 'creatives' (often by people who see themselves as part of this special elite) is contradictorily, both irritating, and something worth thinking about defending. Creativity is an aspect of much human behaviour after all. Even crossing the road safely requires it and there exist creative accountants. Second, perhaps the compulsion to create ought not simply be considered a positive: it could be a curse. Consider the environmental problems, which arguably arise out of the need to relentlessly create, or our habit of creating more people, lovely people often, but lots of 'em.
The other side of the argument is to embrace the specialness of what, say, artists do. I mean the blood, sweat and tears in getting there warrants some respect, you'd hope. Sports people and folk or traditional artists, those demonstrating skill from a list of accepted practices, or using certain media, suck up the admiration more easily. The person that ran the MA in Fine Art I did twenty years ago, claimed that people are born artists, by which he did not necessarily mean genetics is involved. Art seems to require commitment to a distinct trajectory, individuation, and at least tacit knowledge of art history and contexts. Regarding the last factor, there are many cultured people out there, who know their stuff, learned types, but who could not do it, for some reason. Probably there's a need to be able to dip in and out of foolishness and have no shame. I have often come across students who find it difficult to think laterally, and to be inventive. Others can't stop coming up with ideas. The second category may have a problem completing things. A mix of both is marvellous, and the recipe for an exciting life, I'd say.
Earlier I visited Schull market, and bumped into an old friend, or associate at least, dishing out certain delights (for money). I bought a cup of coffee at another stall, paid for it, but then almost walked off without the drink. The man behind the operation joked that he is used to people forgetting to pay, but not leaving the coffee behind. It occurred to me that it would be interesting to set up a market stall which only provides transactional experiences, i.e. a market stall that sells nothing. The business model is excellent, right? Overheads would be minimal. Branding is crucial apparently so something like 'Organic Artisan _ _ _ _ _ _ _' might work. An expert retailer, and excellent all-round person, I spoke to about it, seemed unconvinced... 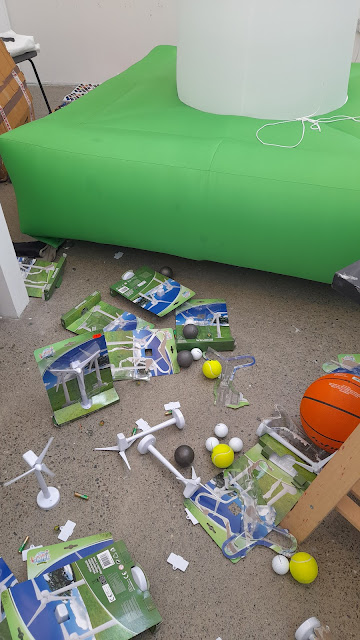 I forgot to update this blog yesterday. Once again it was not an unproductive day but frustrating, for reasons of some necessary bureaucracy that had to be dealt with. On the other hand it might be pleasing to overly engage with all the managerial tasks, that these commissions, and work connected with the exhibition in September, entail. A highly detailed Gantt Chart is in order maybe, with applications of ye olde Critical Path Method (CPM) and/or that Project Evaluation and Review Technique (PERT), or whatever is fashionable now. I could even simulate the bloody thing. God! 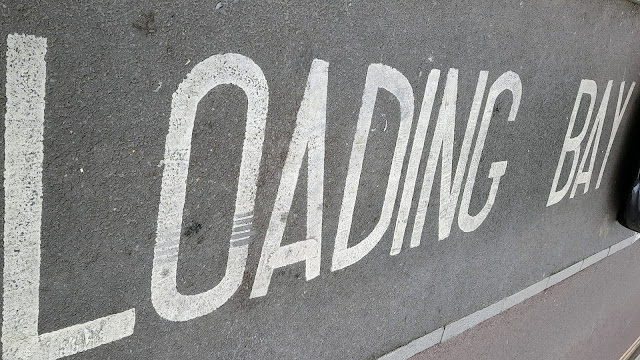 Residency 3, Day 07: 'An artist can show things that other people are terrified of expressing.' - Louise Bourgeois 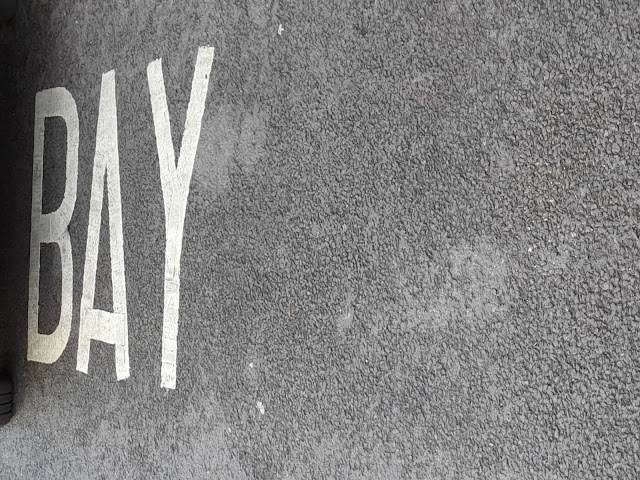 Today was not so much unproductive, as resulting in me not doing what was intended - Barry Brothers was closed :( - and, instead, taking other initiatives. I reviewed this beautiful little beach/bay: https://goo.gl/maps/3cBzbA5DjwU68fwo7, acted upon a problem with the plug-timer mechanism I have been creating, spoke to a TD about a potential debate on environmental questions to coincide with the show in September, received quite a bit of feedback about the cheeky little film I am sharing until Monday, and so on, and so forth...

Residency 3, Day 6: 'This absence of ugliness in contemporary thinking needs to be explained' - Dave Beech

A strange enough day, but stranger for others than for me. 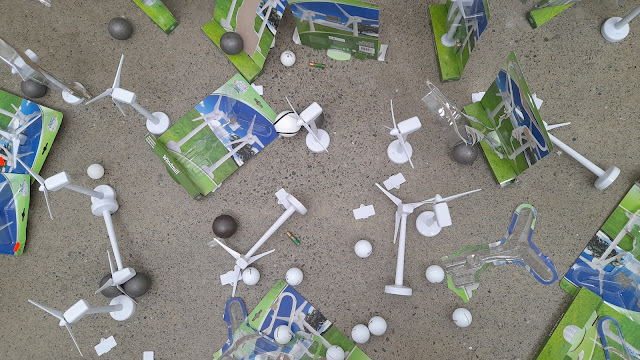 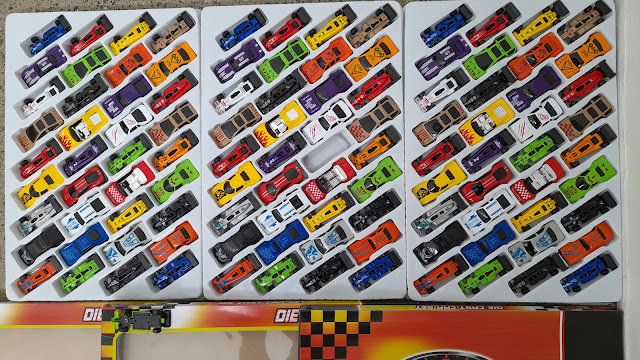